Below is a list of recently established Nordheat systems. There are many more references
within every category of renewable energy solutions. Please contact us for further information.

Project delivered and installed complete with all components, boiler integrated in the silo.
Installed in 2012 for our work together in the UK. Wood pellets as fuel.

This project was installed and equipped with all major features. The boiler is integrated
into the silo. Established in 2012 for our partners in the UK. It uses wood pellets for fuel.

Established in 2011/2012 for our partners in Germany. Wood pellets and wood chips. 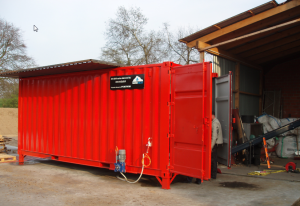 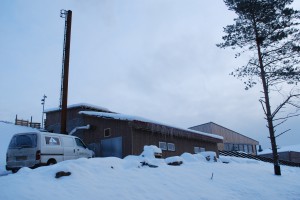 Project installed and equipped with all major features. Installed in 2012/2013 in a
small municipality in Poland in order to provide heating for a public swimming pool
as well as a residential area. Wood pellets and wood chips – distributed between two
boilers to optimise operation during the summer.

A full NH200 system fuelled by wood chips and wood remnants.
The system is fully equipped with an Internet connection, so data
and operation can be monitored externally.

A full system fuelled by wood pellets. The system was established to supply a large company
whose operation burden varies massively and, therefore, it consists of two boilers. An oil-backup
solution has been implemented into the system. 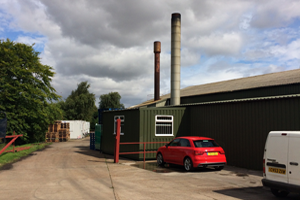 A turnkey project delivered in 2014. It is a NH300 system and consists of a biomass
based boiler system, an accumulator system as well as a solar heating system. These
units are combined into a complete energy solution that supplies a part og a town area
with renewable energy.

The system is architect-designed and the only one of its kind in the Nordic countries. 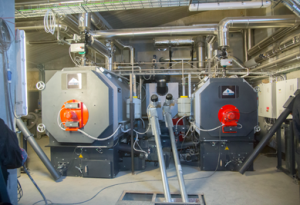 A full solar heating system containing 500m2 solar panels, a full pump unit as well as an
accumulator system. The solar heating system is designed and manufactured to produce
energy as part of a turnkey biomass based district heating plant for a central heating company. 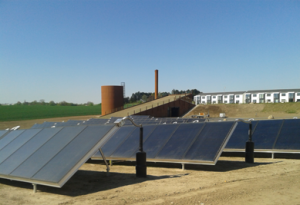 A full turnkey district heating plant established in 2014. The system is a full wood chip system
including electricity and an oil-backup solution. A system that utilises flue gas has been installed
in order to secure a high efficiency level in terms of system operation.

Turnkey project installed with a full prefabricated boiler house. Established in 2012/2013
in an urban area of Oslo. The system is built for wood pellets and includes 2 x 40m3 silos. 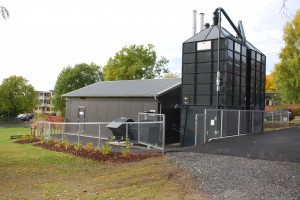 Turnkey project installed with a full prefabricated boiler house. Established in 2013 in an urban area.
The system is built for damp wood chips and includes a 120m3 wood chip silo as well as gas backup. 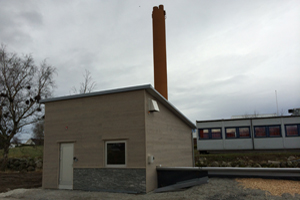 A project installed and equipped with all major features. Boilers are installed in a prefabricated boiler house.
Established in 2012/2013. It uses straw bales as main fuel and there is integrated oil boiler as backup system 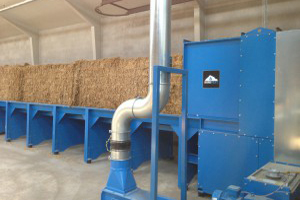 Turnkey project installed with a full prefabricated energy system. The system was established in
2013 and is a multi system in which wood pellets and wood chips can be combined. District heating
is provided for a urban area. 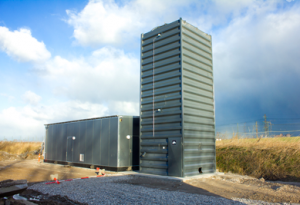